November 25th (Friday) to 27th (Sunday)
It’s been three years since the last real life Comic Con and Ano (atmos) is joining for the first time!
Tokyo Comic Con 2022
First Group of Celebrity Guests
Two actors from the Guardians of the Galaxy Marvel films are coming to Japan!
1. Karen Gillan (Nebula)
2. Pom Klementieff (Mantis)
Tickets are on sale as of August 5th (Friday).
Note: Tickets for celebrity guests’ events will be announced and for purchase at a later date.

Tokyo Comic Convention (CEO Mitsuaki Munegumi) has officially announced the opening and hosting of the Tokyo Comic Convention 2022 (going forward as “Tokyo Comic Con 2022”) to be held for three days from November 25th (Friday) to the 27th (Sunday), 2022 at Makuhari Messe (located in Mihama-ku, Chiba City), including information about the first set of celebrity guests from overseas and ticket information.
From 2016’s first iteration, Tokyo Comic Con has become a celebration of passion and enthusiasm for pop culture, where cosplayers can meet, small props used in movies are displayed and photographed and famous actors and artists from abroad are invited to speak. A string of famous celebrities such as Tokyo Comic Con’s Permanent Honorary Goodwill Ambassador Stan Lee, Chris Hemsworth, Tom Hiddleston, Jude Law, Orlando Bloom, among others have joined and made the event particularly memorable.
Due to COVID-19 infection prevention measures and to ensure and prioritize the safety of all visitors, Comic Con had to unfortunately be cancelled. After a two-year break from hosting and three years from hosting a real-life event, the sixth Tokyo Comic Con in 2022 is now officially on air. In addition to exhibitions and Hollywood guest speakers, there will be photo and autograph sessions with overseas celebrities and new events. This year’s Comic Con is turning out to be quite the event.
Tokyo Comic Con 2022 has deeply thought about what it needs to do in order to host the event, thus coming up with this year’s theme, “CONNECT” 〜 A place for new connections.〜
It is necessary to create a place where new things can be discovered, people can bring their individuality, and where diverse cultures can cross over and express themselves. With the music industry at the front, the entertainment industry, the sports industries’ exhibitions and events show signs of recovery.
Tokyo Comic Con has not shrunk in size and has progressed forward. Visitors can experience a new Tokyo Comic Con where they can find new connections and discoveries. One such discovery? Atmos. Atmos has driven street culture via shops that sell sneakers and this year will be their first time participating in Tokyo Comic Con as atmos mania in the Tokyo Comic Con 2022 official goods area. We will update you with new information so be on the look-out for this new, collaboration of street and pop culture.

★The first round of celebrity guests coming to Japan have been announced! Two actors from the Guardian of the Galaxy Marvel series are coming to Tokyo Comic Con.

Tokyo Comic Con 2022 proudly announces that Karen Gillan and Pom Klementieff from Guardians of the Galaxy will be the first group of celebrity guests from overseas. They will be there on location for all three days with scheduled events such as autograph and photo sessions. Karen Gillan, a familiar and popular Scottish actress in Japan and abroad, plays Amy Pond from the Doctor Who series and Nebula in the Guardian of the Galaxy series. She has also starred in Jumanji: Welcome to the Jungle and its sequel, Jumanji: The Next Level.
Pom Klementieff is an actress from France, and like Karen Gillan, starred in the Guardian of the Galaxy series, suddenly rising to fame with the role of Mantis. She has become popular in Japan as well. In 2023, she will star in Mission Impossible: Dead Reckoning Part One, leaving audiences anticipating her next work. Audiences are looking forward to both Karen’s and Pom’s future roles in the Marvel cinematic universe. Don’t miss this chance though to see them at the Tokyo Comic Con, the convention’s first-time inviting women celebrities to speak. 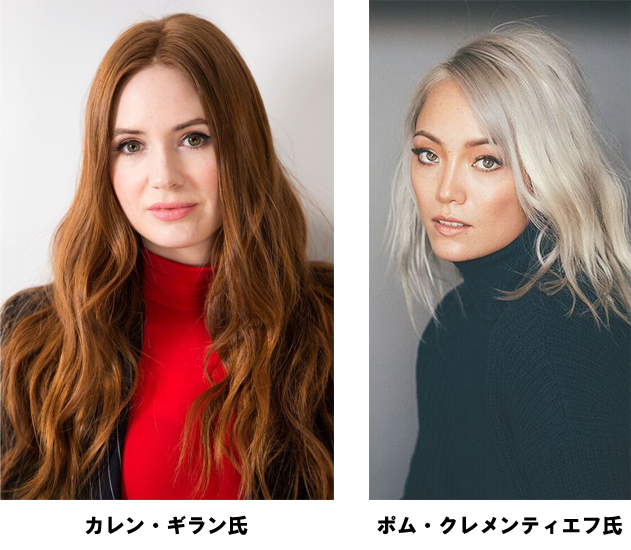 ★Entrance tickets to the Tokyo Comic Con 2022 are now on sale!
Tickets to the Tokyo Comic Con 2022, scheduled for November 25th (Friday) to 27th (Sunday) are now on sale from August 5th (Friday) at 11:00AM. Due to COVID-19 infection prevention measures and an overhaul of operations, the three day pass will no longer be available for purchase. Calculating how many visitors will come in one day, we have placed an upper limit of visitors that can come into the venue at one time to ensure the safety of everyone involved. At this current time, we are not planning on selling entrance tickets on the day of to ensure smooth and safe operation of the event. We recommend purchasing advance tickets sooner rather than later.
This year we are selling the usual general admission tickets, celebrity guest tickets and priority tickets to sponsor goods, which will allow visitors into the area where sponsors sell their official goods. The Tokyo Comic Con 2022 will feature this official goods area and various exhibitions and promotions by sponsors. Those who purchase the priority ticket to sponsor goods will be first line to enter the area in the morning. There are many items that are only for sale here at the venue, so don’t miss a chance to come and take a look!

※For details on the tickets, please visit the ticket page on the official website:
https://tokyocomiccon.jp/ticket

★To prepare for Tokyo Comic Con 2022, the official trailer is now released. The trailer features footage from past conventions.
We’re looking forward to this year’s Comic Con with the trailer showing various sponsor booths, visitors cosplaying as their favorite characters, brand ambassadors and celebrity guests all coming together to make a memorable event. We hope that this footage will not only excite those who have come to Comic Con before but also those who have yet to experience what the event is all about. Please take a look and see for yourself!