Ebizo Ichikawa, one of the Japan’s leading Kabuki actors, has been appointed as the Tokyo Comic Con 2020 Ambassador!
Popular virtual You Tuber Kizuna AI is also appointed as the virtual supporter!
The Key Visual was finally decided and announced!.

Tokyo Comic Convention Co., Ltd.(The president Mr.Mitsuaki Munegumi) made a new announcement that Ebizo Ichikawa is appointed as the Ambassador at Tokyo Comic Con 2020 on our ONLINE venue(Tokyo Comic Con World) , which will be held for three days from December 4th (Fri) to 6th(Sun).

Tokyo Comic Con 2020 with gorgeous celebrity guests, such as Michel J Fox, Elijah Wood, Kiefer Sutherland, Christina Ricci and Noah Schnapp and more! Ebizo Ichikawa, a top star in the Kabuki world and is known as a movie lover, has been appointed as the ambassador for Tokyo Comic Con 2020! He is scheduled to appear as a guest on some of the stage content.

＊＊＊＊＊＊
(Ebizo Ichikawa XI)
He was born as the eldest son and succesor of Danjuro Ichikawa XII. He appeared on stage for the first time at age five in 1983 at the Kabukiza Theater in the role of “Harumiya” in the performance of The Tale of Genji (Genji Monogatari). In 1985, he received the stage name Ichikawa Shinnosuke VII, an honorific name in the Ichikawa lineage, and made his full stage debut in the performance of “Kikanbou” in “Uiro-uri” also at the Kabukiza Theater. Then he took the name Ebizo Ichikawa XI at Kabuki Theather in 2004. The film “Ask This of Rikyu” in 2014 was a biographical film of Sen no Rikyū in which he won Best Actor at the 37th Japan Academy Film Prize for performing the title role. Since 2015, he has been a member of the Culture and Education Committee of the Tokyo 2020 Organizing Committee.
＊＊＊＊＊＊

In addition, Kizuna AI, who is extremely popular as a virtual talent, is appointed as a virtual supporter! Kizuna AI will appear in the stage content, websites and various SNS.
It will surely be more exciting event with participating not only gorgeous guests but the Ambassador and the virtual supporter. Please keep your eyes on everything Tokyo Comic Con 2020 with more excited. 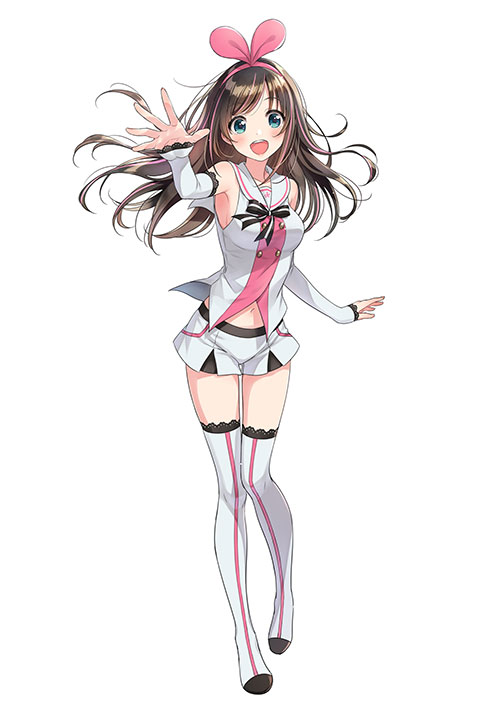 ＊＊＊＊＊＊
【Kizuna AI】
Kizuna AI started her virtual talent career in December 2016. She became the first virtual YouTuber to launch her own channel with her slogan” I want to connect with everyone”. Her official YouTube channel, A.I. Channel, has more than 2.85 million subscribers, and her official game channel, A.I. Games, has attracted more than 1.53 million subscribers.
She has also appeared on TV and in commercials, and has become a popular virtual celebrity not just in Japan but around the world. After overcoming many difficulties, she is now working towards becoming a professional recording artist. She works hard everyday to build a bridge between humans and advanced technologies such as VR and AI. (C)Kizuna AI
＜URLs for Kizuna AI related＞
【A.I. Channel】https://goo.gl/uMP1DM
【A.I. Games】 https://goo.gl/Xn7u84
-SNS
【Twitter】https://twitter.com/aichan_nel
【Instagram】https://www.instagram.com/a.i.channel_official/
【Facebook】https://www.facebook.com/Kizuna-AIofficial-773286456183351/
【Weibo】https://www.weibo.com/aichannelchina
【TikTok】https://www.tiktok.com/@kizunaai0630
-Official Web Site
【Official Web Site】http://kizunaai.com/
＊＊＊＊＊＊

★Key Visual of Tokyo Comic Con 2020 is now on available!
On the Key Visual competition, we called for works by competition from this April. Many masterworks were arrived from all over the world, regardless of professional or amateur. And the artwork created by “騒音BOX / Souonnbox“ finally won the grand prize!

騒音BOX / Souonnbox’s artworks will be featured in our official web site, the official posters, the cover of brochures and Comic Con goods.
As an extra prize, “騒音BOX / Souonnbox“ will receive a pair of 3-day passes of Tokyo Comic Con 2021 and opportunity to exhibit and sell the works at a booth in the Artist Alley on ONLINE.