Following the first announcement, Tokyo Comic Convention Co., Ltd.(The president Mr. Mitsuaki Munegumi) made the second announcement that Christopher Lloyd, Lea Thompson and Thomas F. Wilson were also invited as the celebrity guests at Tokyo Comic Con 2020, which will be held for three days from December 4th(Fri) to 6th(Sun). These three guests will participate in the virtual autograph session in Celebrity Area on our ONLINE venue 【 Tokyo Comic Con World https://www.tccworld.jp 】.

In Big popular Science Fiction movie “Back To the Future”, which became huge hit worldwide, Christopher Lloyd entered in all three films as Dr. Emmett ‘Doc’ L. Brown who is the partner of the main character ‘Martin Seamus MacFly, and became a famous Hollywood star in Japan.

Lea Thompson also appeared on all three films mainly as Martin’s mother. She has ever entered Japanese TV Commercial for a while and was quite popular in Japan.

We shouldn’t forget Thomas F. Wilson. He appeared on all three films as Biff Tannen who always interferes with Martin, and was recognized as a famous actor.

We are now planning an Online Talk Show of Christopher Lloyd & Thomas F. Wilson on Tokyo Comic Con World apart from their autograph session.
*Distribution method (Live stream or recorded) will be announced in near future. Please note that an Online Talk Show might be delivered by recording.

This year is the 35 years anniversary for the release of “Back to the Future” series. We hope you will join us and celebrate the long-loved movie works and four- Legend-actor participation.

*Please note that this event may happen to be canceled or postponed due to COVID-19 or other unexpected reasons. 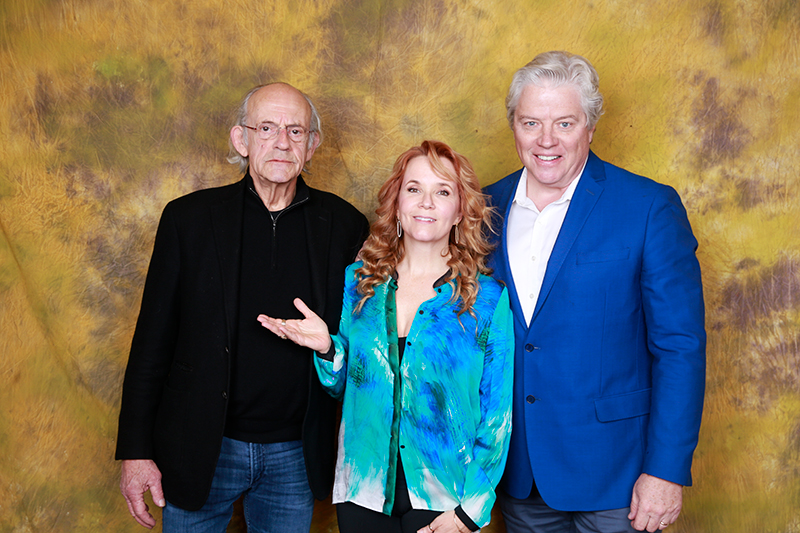